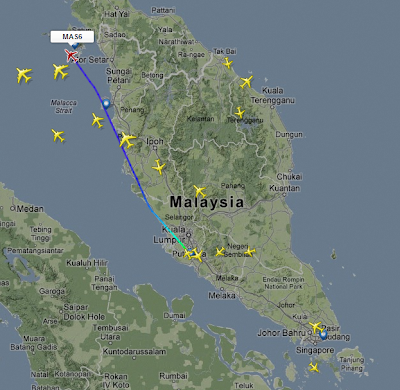 I found this cool website showing the live air traffic around the world. Once you click on the plane you can view even the details including altitude, speed, heading, destination, etc. For an aeronautical background person like me, I found it very cool watching this!

Details of the flight selected above. 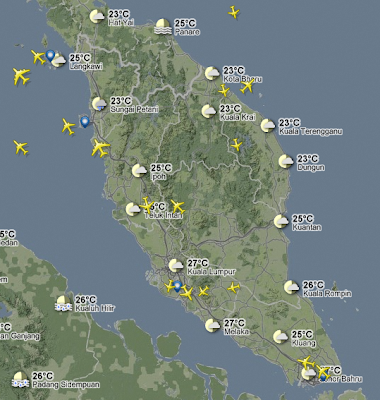 You can even turn on the current weather status in the major cities.
How it works? [pasted from FlightRadar24]
Flightradar24 shows live air traffic from around the world. The primary technology we use to receive flight information is called automatic dependent surveillance-broadcast (ADS-B). The ADS-B technology itself is best explained by the image to the right. 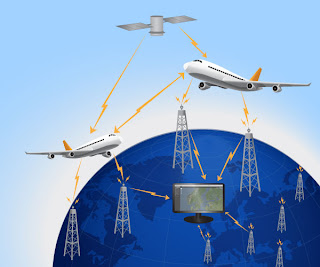 Today, roughly 60% of all passenger aircraft (70% in Europe, 30% in the US) are equipped with an ADS-B transponder. This percentage is steadily increasing as ADS-B is set to replace radar as the primary surveillance method for controlling aircraft.
In addition to ADS-B data, we also get data from the Federal Aviation Administration (FAA) in the United States. This data is based on radar data and includes all commercial air traffic in US and Canadian air space (i.e. not just planes with ADS-B transponders). Unlike the ADS-B data that is presented real-time, the FAA data is delayed by roughly 5 minutes due to FAA regulations. On the Flightradar24 map, all planes based on FAA data are orange.
Can’t wait to watch the live air traffic? Go to FlightRadar24 now! I how you enjoy it as much as I do.

A few stocks left on our website. Get yours now!

“My Lord! Inspire me to always be thankful for Y

Allah Muhammad standees in wooden. Shop on our we

In the name of Allah the most gracious the most me

Alhamdulillah standee will be available on our web

May peace be upon you lovelies. Visit our online s

An overseas shop on Etsy that sells Islamic kalima